We've all worked with, for or alongside those people who've struggled to remember the names of fellow colleagues, can't remember who has children and only care about KPIs, and not who has delivered what to the team. But with the sudden disruption to teams and departments in the wake of the pandemic, knowing how people operate became just as important to business continuity as the systems they manage. Being a great leader means understanding more about the people within our organisations than ever before. For most people, home environments became work environments for the first time, so being sympathetic to differences became and in our hybrid world remains, imperative.

But the pandemic forced organisations to consider something that many already knew, that companies which were more diverse were better able to generate employee satisfaction, innovative decision making and different ways of thinking. All too often companies end up with employees and an executive team from surprisingly similar backgrounds. Although it may seem beneficial to have everyone on board with a project united in the approach, what if there was a better way or a better product that someone else could have brought forward?

An inclusive environment can drive innovation, reduce staff turnover and limit the chance of employees taking the company to court. A recent McKinsey report shows a correlation between gender, ethnic and cultural diversity, and financial performance. Despite this, the report also highlighted that achieving diversity was a “challenging goal.”

Setting an inclusion and diversity strategy can help provide focus for related training, so that instances of workplace bullying, unlawful harassment or discrimination are all avoided. Sounds simple. But building this within businesses sometimes involves a mindset shift and needs the buy-in of senior leaders who can play an important role in driving behaviour for the rest of the business.

Of course, a great starting point is at the entry into the business. Putting careful thought into where you place your ad and sharing broadly so that you’re not focusing too heavily on one sector and by-passing another is essential. Equally, you need to make sure that the path to training and professional development is open to all. 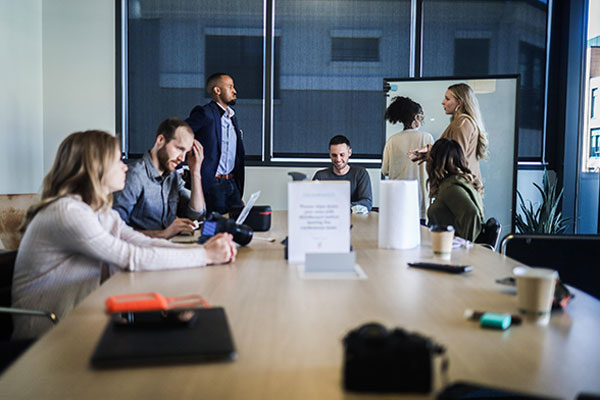 Unconscious bias is something that hides within many organisations and can be difficult to detect, but the benefits to morale, ideas and ultimately the profitability of the organisation of a diverse team, mean that it’s so important that you do. Organisations can create training programs to root out learned stereotypes that may play into promotion and project management choices. Such sessions can challenge leaders and the executive team on how they select people, who they recruit and where they recruit from.

As our daily business lives become more fluid, leaders need to make sure that the systems support and encourage a diverse team and that the visibility of individuals within them are not obscured by remote working. Leaders need to look at the opportunities to progress within the department and across the organisation and ultimately take responsibility for growing a diverse workforce fit for the future.