As the ubiquitous tones of David Baddiel and Frank Skinner fade into the background and the England shirts return to their natural habitat in back drawers up and down the country, hope turns to resignation. As the song goes; “we’ve seen it all before.” 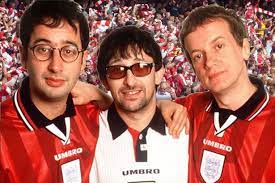 The Power of a good Waistcoat

And yet, there really did seem to be something different about this incarnation of the England squad. You didn’t have to be a dedicated follower of football to notice that some of the teams in the past seemed to have more loyalty to their clubs than the national team. Were perhaps a bit too keen on the apres football than was good for them. But this team seemed to gel in a common purpose. As with any team, some of that comes from the individuals involved and a lot of it comes from the leadership. Though we might not be able to remember why it was, we can all remember teachers at school who we didn’t want to disappoint. Maybe it’s the waistcoats...but whatever that “it” was, Gareth Southgate seemed to have it.

Trust as the Key to Success

Trust, belief, and respect are powerful motivators. Where a team feels supported and protected by those at the top, their individual voices and actions are given the space to flourish. Taking fear away from a team means that it can focus on the now and the future, rather than constantly back, in relation to the past. Despite the inevitable rhetoric around 1966 and particularly given the Southgate connection, to 1996, this team is young, forward looking and representative of modern Britain.

Build a Team Based on Ability and Possiblitiy

More than half of the team had at least one parent or grandparent born outside of the UK. That kind of dynamic brings a change of mindset and a diversity of influence. Without realising it, we often create teams that look like us, sound like us and very often, think like us. At our recent P2P Transformation event on 8th June, our opening keynote, Paralympian Ade Adepitan, MBE talked to us of his experiences and the importance of giving people a chance, based on seeing their ability – and not any other outwardly defining feature. It was depressing to see the vile outpouring of racism in the immediate aftermath of the England match, and thankfully it has been met with widespread condemnation and hopefully the perpetrators will feel the consequences.

Monocultures Lead to a Blinkered Vision

You only have to look at social media to see where a monoculture can lead. Just as echo chambers online can magnify disputes, accelerate division, and create a distilled vision - something similar can happen in the workplace. Over the past 18 months we’ve seen how important the people in our teams really are. How, by finding out how they tick makes a difference to performance. And it’s an attitude backed up by research too. A recent study by Deloitte showed that there is a direct correlation to be made between financial success and employee satisfaction and how diverse they were as an organisation. But more than that, either from a culture, technology or location perspective, that there’s no point fearing change – not only can we cope – we thrive.

As to England - while things may have "Gone Rome" this time (yes, yes - well done Italy), our lions don't have long to sleep, and we can start dreaming again in 2022.