Q: So Taulia’s a relative newcomer, but has been around for four years now – what’s the journey been like so far? 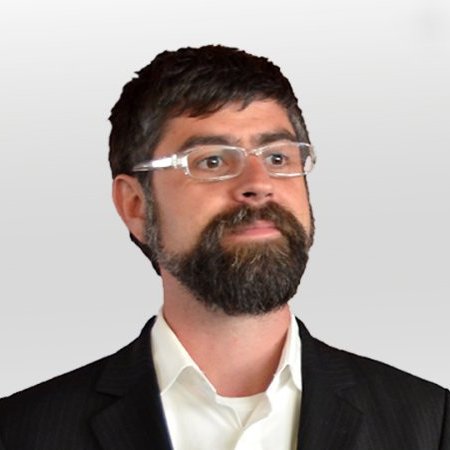 A: Awesome! The great thing about starting Taulia was that the whole experience was a lot easier for us than it is for a lot of other start-ups because we already knew the space, and because we were four friends that knew each other well - and on top of that – we understood the pain points and were confident we could provide the solution. The last four years have been a great roller coaster to be on – and the driving force for it all is passion. We really believe that we have a product which works, and I think that comes across in everything we do. Ultimately, we’re passionate about fixing the inefficiency in the financial supply chain and the antiquated way businesses interact.  So how do I feel about the journey? Super happy!

Q: Sounds great, is there anything – looking back – that you’d change about it?

A: Well, perhaps we made a few poor hires early on, and hired for the wrong reasons, but since then we’ve learned to see through the fluff and find the truly valuable players who bring not only skills and expertise to the company, but also fit with our culture and spirit. Also, we’ve been pretty US focussed over the last 3 1/2 years, and perhaps we should have pushed harder into Europe six months ago…but, we’re on top of that now and are in the process of setting up a London office. In fact, we’re just recruiting a new Managing Director for the UK and I’m hoping that person will be in place at some point towards the end of the summer.

Q: In an industry where it’s becoming increasingly difficult to stand out from the crowd – you seem like a fun company – how does that influence what you do?

A: We are a fun company and we’re excited about our product and I suppose we reflect that back. I guess you’ve seen the “Most Remarkable Man in AP Automation” videos? Yes..well – they’re kind of embarrassing, but it’s something different and the brain child of our Marketing Executive, Joe Hyland – who’s absolutely spot on when it comes to driving traffic and getting noticed in a crowded market place. And all that helps us to grow. At the moment we’ve got 80 people working for the company, 50 out of San Francisco, and most of the rest in Utah with a smattering of employees in Germany and Madrid – which reflects where our focus has been.  But that’s a ratio we’d like to change in the next few years as we expand into Europe and take advantage of the opportunities there.

Q: And of course being an SAP Gold Partner gives you great reach and leverage, but what about other platforms – Oracle etc – is the aim to broaden the reach at some point?

A: Ah, well – interesting question! We actually signed an Oracle customer last month! And about six months ago we started building a new ERP e-agnostic system, which we then started soft selling. In fact, the first of those deals will go live during Q3 and by the end of Q4 our solution will be fully ERP agnostic. Of course, we’ll remain very tightly integrated into SAP, but this, together with our pricing structure, will help us in our drive to become a major player within Europe as well as in North America.

Q: Yes, about your pricing structure – what do you think makes you different?

A: We operate two systems – 1) an annual subscription based on spend or 2) Pay nothing. We just ask that when customers use Taulia to facilitate a discount, we take a small cut of the incremental savings. Of course the beauty of that is that ultimately everyone’s happy. In a traditional environment an organisation might look to a factoring company – but that’s just not something which is possible for a medium or smaller sized organisation. And even for those who can qualify – then the cost of doing business that way can be enormous, we’re talking 30 or 40%, mostly because the factoring company doesn’t know enough about the organisation in question. With Taulia we know everything about them – whether the goods have been received, whether there’s a valid PO etc etc.. The solution we offer suits everyone involved in the chain, providing great levels of visibility and savings that make sense.

Q: So how does this sit with your competitors, especially Ariba who have their own dynamic discounting element as part of their solution and of course, are now an SAP company?

A: In terms of the dynamic discounting element you could say that Ariba and Taulia are directly competing, but really the main difference is that Ariba is based around the principles of a procurement solution and have built the rest of their offering around that, and for Taulia – we’re a payables solution and dynamic discounting is our core focus  and we’re building everything else around that premise. Really we aim to provide a best-of-breed product and in the areas where we’re not so focussed we partner with some really innovative organisations that are best-of-breed in their areas – like Coupa for procurement. But to be honest, there’s room for two – Ariba’s business model is so different. For them dynamic discounting is a side line. Also, we’re a strong believer in a free supplier fee model, and some companies, Ariba being one of them, continue to charge suppliers to use their portal, which ultimately has a negative effect on adoption and in turn, dynamic discounting success. But I think it’s an interesting time for some of the more established players and for the industry as a whole.  If you take a look at Pete Loughlin’s Supplier calculator, you can see the way the tide is flowing. It’s not too difficult to imagine a future where companies like Ariba drop supplier fees.

Q: Talking about an interesting time for the industry, lots of countries are moving to mandating the use of e-invoicing – do you have any views as to whether that’s a good or bad idea? Should people be educated and persuaded, or have that decision made for them?

A: Well, by nature I’m instinctively against forcing anyone to do anything, but if at least governments start to mandate e-invoicing then the rest of the business community is likely to follow suit. I believe in leading by example. The benefits of e-invoicing are there for anyone to see, it’s just going to take a little more direct effort to overcome some of the uncertainty and inertia.

Q: So, a little bit about you - what was your background prior to Taulia – have you always been interested in technology?

A: Yes, I was building computer games from the age of about 12 or 13, so it was natural for me to go into Maths and Computer Science. I actually started with SAP in accounts payable when I was 23. I was there for a couple of years before I founded Ebydos, an AP Automation company, with a couple of friends from SAP. It was actually pretty successful and had the ability to make the lives of the AP staff using it, that bit easier – which makes me feel good. In fact, it’s still in use in about 800 companies today – like Barclays, Intel, and Lockheed Martin, and was eventually bought by ReadSoft. Ultimately it was a product which meant that people had the ability to get paid earlier, but really – why would they? That was the element that was missing and that we’ve filled in the Taulia proposition. For a solution to work, it has to be a solution that suits all the parties involved.

Q: Ok, so finally – any predictions for the year ahead or more news for Taulia?

A: On the broader front I expect some interesting acquisitions or consolidations in the coming year as well as a more integrated approach to supply chain finance, which will include working with some of the major banks and financial institutions. On a company level we’re planning on growing substantially over the next couple of years both geographically and continuing to build out our functionality.