The accounts payable function can find itself operating within a bubble; cut off to some extent from the rest of the organisation in a constantly evolving environment where time is in short supply. The effect of this can be for the department to become insular, where the only measures are against past performance, and the only metrics used are the ones which were considered useful to that organisation at some point in the past.

Useful as that is; what an organisation is able to do with the results is obviously limited to the self imposed restrictions set by choosing which metrics to capture in the first instance. To ensure an organisation has the chance to become “best in class”, it has to look outwards and benchmark its operations across the industry and examine which methods and technologies produce the best results. 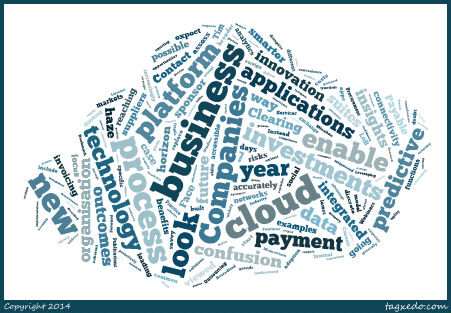 A Need to Know basis

However, before an organisation does anything, the first things to consider are – what do you need to know, what would you like to know, what will you do with that knowledge, and how would you hope it will benefit your organisation in the future? It may seem obvious, but these starting blocks to achieving best practice AP departments are often overlooked in the rush to implement new technology.

Once you decide what you’re looking for and what you want, it’s time to access what you have. Luckily whether you’re in accounts payable, working in a production line, or sitting in a classroom, it’s human instinct to want to know whether your performance is good, or bad, and of course the only way to do that, is to compare. So we know that the initial impetus is there, even if the will, manpower and structure is sometimes lacking.

If it’s Not Measured, it’s Not Managed
With a recent benchmarking survey showing that 33% of organisations only measured a couple of metrics on a regular basis, there’s clearly a long way to go before the analyses of many organisations are able to paint an accurate picture of themselves – let alone being able to use that data to compare against others. With compelling metrics on the merits of benchmarking accounts payable, it is not something any organisation hoping to control its bottom line can ignore for long.
For example, despite the technological advances of the last 10 years and more, many AP departments are still labour intensive with a stubborn attachment to paper. As a result, it’s common for the average £bn company to have 10 AP staff or more involved. However, a same sized organisation which has implemented process improvements and is considered “best in class” may have as few as 3 people – freeing the others up to focus on higher, value-added decision making. A recent benchmarking survey showed that of the metrics currently used, the following were the most common:

However, last year's APN AP survey discovered that although these metrics were considered important, almost half of those asked, only benchmarked against past performance. While this would provide useful information, it will never provide all the information necessary for the department to become best in class, especially if an organisation is only looking at 2 or 3 key metrics.

With only 10% of organisations at the 75%-100% automation level (Source: The Hackett Group), either many organisations have yet to see the full merits, are waiting to invest in best-of-breed technology, or find the arguments for, confusing or not compelling enough. However, for those organisations who have invested the time in digging deep into their current systems, analysing how they compare against peers, and then against world class organisations, and have taken the plunge – the benefits have been outstanding.

Things to Watch out For
However, benchmarking your AP against existing reports needs to be approached with caution. Many of the current surveys and reports are based on a US analysis of the industry and can give a distorted view when trying to compare with the UK. For example, although the picture is starting to change, many US banks and organisations are still heavily dependent on cheques – with all the inherent issues surrounding this method. In addition, the cost per invoice will be vastly different to the experience in the UK, owing to the methods used and the differences in salaries, overheads and culture.

With easily accessible accurate information AP, is no longer the transactional machine at the bottom of an organisation, but the powerhouse at the centre, driving new processes, delivering real value to the bottom line. Now what CEO could complain about that?