In times of rapid change, organisations that have been taken by surprise can find themselves playing catch up and racing to gain control. And in doing so, may make the mistake of trying to carry on – business as usual, failing to see that many of the external factors have fundamentally changed. Now is the time to consider your core activity and where this fits in the new landscape and what needs to be changed. Bl 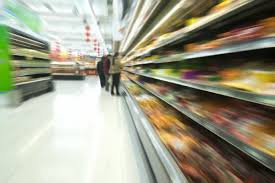 ockbuster didn’t fail because people stopped wanting to see films, but the way they wanted to do that shifted almost overnight.

Get Ready to be Flexible

As the world adjusts to our new normal, or at least the new normal for now, it’s going to be important for buyers and suppliers to offer more flexibility. Those with an eye to long term sustainability and growth and already finding ways to support their suppliers in the short term. In Denmark this has created instances where suppliers have been paid immediately and here in the UK, retailers like M&S and Morrisons are offering cash flow aids to both employees and suppliers to keep the wheels turning for the benefit of the whole ecosystem.

It’s also meant that organisations need to be creative in the structure of their supply chain. If a company is heavily exposed in an area of the world that’s badly disrupted, it makes sense to spread that risk by looking to source both globally and extremely locally. It’s a time to build on your relationships to collaborate in new and mutually beneficial ways, both in terms of the product or service and in payment terms and contracts.

Stand by Your Brand

In times of crisis it’s easy to lose sense of your organisation’s brand, but now is precisely the time when you need to stand by it. If as a company, the ethos you project is one of social responsibility and customers have bought into that, it’s more important than ever to act like you meant it. When the current crisis moves into the next stage, the economy and business world is likely to look quite different for some time. Businesses that have shown initiative and support to suppliers, their network and staff are likely to be rewarded with loyalty and retention.

Belief is not Always a Good Thing

The executive team need to be able to demonstrate a growth mindset and to establish that within the rest of the team. Partly that means letting go of the collective fear that can grip a company during crisis and partly it comes from trusting in its core delivery and trust that you have what it takes to get beyond crisis to growth. Where some companies get it wrong is that they place their emphasis in belief without first investigating what that's founded on. Trust and growth come from a thorough investigation of systems, delivery model and your place in the market as well as having the courage to change what needs to be changed - and acting on it, now.

In the past, it might have been acceptable to be satisfied with the way things have always been done, but that mindset won’t continue to deliver value in the long term. As things stand, with organisations suddenly having to accommodate employees working from home, the cracks in that system have come into focus. And yet, what has been achieved has been remarkable. And it shows what can be done when alternatives are taken away. One of our great abilities as a species is to adapt and when we need to, we can do it fast. What was a “nice to have” yesterday, has become imperative today. In the digitisation of our processes, it’s a driver none of us would have wanted but in the scramble to gain control, it’s forced stalled projects to come back to life and long-term plans to be brought forward. In the overhaul of our automation processes, both internally within teams and externally to suppliers and customers, we no longer have the luxury of following a soft evolutionary path, but we’re all at the sharp end of a revolution.